“We decided that only the youth can speak for the youth, and we had to do that – to run for parliament.”

students in Belarus
OUr actions
our motivation
Our beginning: Alana’s Arrest
Get in touch & Impressum
Deutsch

About the situation of students in Belarus

Many students are taking a stand for democracy, despite harassment and repressions by the security apparatus and university administrations. They are a driving force of the Belarusian democracy movement. In the past 10 weeks alone, 133 students were forcefully exmatriculated by their universities as punishment for their activism; 347 have been arrested. Not everyone is as prominent and in the limelight as Alana: more than 130 activists were verifiably sanctioned with prison sentences and high fines without a trial. They are paying a high price for their struggle for democracy in Belarus.

Universities in Belarus function differently, compared to most other European countries. Their directors are appointed by the President personally, and universities are not independent institutions. The few existing governance structures, such as student councils, have little to no influence.

Alana and the group around her want to change that. As one of the very few independent student organisations, the Belarusian Student Association (BSA) has fought for more democracy in universities and society for years. Alana is one of their leading members. The association has organised information events on semesters abroad and workshops for students to get their own projects going. They also strive to increase the role of Belarusian in everyday life as well as research and science.

Since November 2020, we raise awareness among universities in Germany for the protest in Belarus.

We designed and hanged banner in Berlin, Hamburg and Frankfurt/Oder.

We spoke with Amnesty International Frankfurt/Oder about the situation in Belarus on Instagram.

We are students, young experts on Eastern Europe, and political youth educators. We are coming together as democrats, who want to take a public stand against human rights violations and the violence against democracy in Belarus, which has lasted for more than a hundred days by now.

We want to draw attention to Alana’s fate, and have conjured this solidarity campaign from sratch in record time. You reading these lines is proof that it worked! Our website is not yet perfect, and there might be small mistajes here and there. But we are happy to be here at all, for and because of Alana.

To kick off our solidarity campaign, we sent more than 300 mails to various actors in journalism, politics, civil society and especially in universities on 18 November 2020. To keep it going, your support matters! Use our text snippes and our images to draw attention to the situation of Alana and the students movement in Belarus!

At the moment, direct donations to Belarus are intercepted by the previous government that has been voted out of office. A viable alternative is to support activists who are currently in exile. Every donation helps, no matter how small!

Alana Gebremariam was arrested in Minsk on 13 November 2020. Alana is a student activist from Belarus. For years, she stood up for democracy and has shaped university politics, championing youth and student participation. She is the first black woman who stood for election in the country, wanting to give young people a voice in Parliament. As a student representative, she is taking the interests of young people to the Coordination Council of Sviatlana Tsikhanouskaya, the democratically elected President of Belarus. The Coordination Council strives to create a peaceful transition to democracy in Belarus.

At the moment, Alana is held in detention by the KGB, along with other students.

Two of us know Alana personally, and could not just sit back and do nothing. Within 24 hours, more than 150 people followed our call to spring into action, and more people  joining. We are students, young experts on Eastern Europe, and political youth educators. We are coming together as democrats, who want to take a public stand against human rights violations and the violence against democracy in Belarus, which has lasted for more than a hundred days by now.

When we asked how we can help best, our friends and colleagues in Belarus told us repeatedly: please help to make sure that Belarus does not sink into oblivion. And this is where you come in: show your solidarity with Alana and the students of Belarus!

Please use the following hashtags for your posts: #FreeAlana #StandWithBelarus

… about the situation of students in Belarus:

… about the situation in Belarus generally:

… the Members of the Opposition:

We do not want to promote own demands, but rather show solidarity with the actors in Belarus. That is why the Coordination Council of the democratically elected President of Belarus, Sviatlana Tsikhanouskaya, is the first place to go:
https://rada.vision/en

Twitter is a good starting point to get information directly and quickly:

Feel free to get in touch at any time! We are a loosely connected and spontaneously thrown together alliance, and cannot promise to respond immediately – but we will certainly try our best: info {at} aktionsbuendnis-belarus.de 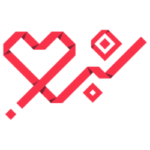